The rise and rise of antidepressant use… 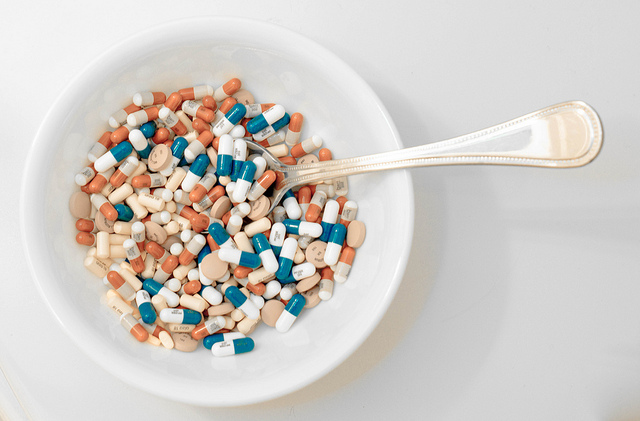 From their accidental discovery in the 1950s, the global market for antidepressant medications has soared to be worth over £20 billion US dollars in recent years.  Two-thirds of these drugs will be consumed by Americans as it is estimated that nearly one in ten people in the States take antidepressants, a 400% rise in the last 20 years.

A triumph for science? Millions of people being helped out of their depression by miracle drugs? Things are not quite as they seem….

In 2008 Irving Kirsch, Professor of Psychology at Plymouth University, conducted a large meta-study (a study that compiles results from many other studies to gain an overall picture) and discovered that when he included the results of clinical trials on antidepressant effectiveness that the drug companies had not published, it turned out that modern antidepressants are no more effective than placebo pills for most people.

It appears that the people who stood to profit from the boom in antidepressants, the major US drug companies, had been routinely either abandoning research that wasn’t heading their way, or finding ways to put a positive gloss on poor results.  The results that they were publishing were showing a positive picture, but the truth was somewhat different.

So where does that leave the millions of people suffering from depression?  The good news is that antidepressants do show results and will help lift the mood of approximately 40% of people who take them. The not so good news is that this effect is almost completely due to the placebo effect (not the chemical constituents of the pills) and in the meantime people who take antidepressants are exposing themselves to a whole host of side-effects ranging from suicide at one end of the scale to loss of sex drive, headaches and nausea at the other.  The Food and Drug Administration in the US insist on a ‘black box’ warning on all packets of SSRI antidepressants warning that they have been shown to double the risk of suicide in children and adolescents.

One of the problems is that the theory that low Serotonin levels are related to depression is only that, a theory. It has not been proven.  What is known is that if you flood the brains of depressed people with Serotonin (as modern SSRI antidepressants do) some people will show improvement in mood. What is not known is how this happens, whether it has any effects on the causes of depression and what the long-term effects will be on people who stay on these medications for lengthy periods of time.

Another problem is that some of these people who now have elevated mood post-medication will be unable to stop, and the artificial levels of Serotonin in their brains may trigger episodes of mania. This can lead them to them being diagnosed as Bipolar (a form of depression that is punctuated by periods of extreme elevated mood and erratic behaviour), resulting in the prescription of yet more mood-altering drugs to bring them down again.  Good news for the drug companies but not for the rest of us.

This is why the government, faced with these uncertainties and a huge increase in the number of people seeking help for depression, have committed hundreds of millions of pounds in recent years to try and increase the provision of psychotherapy across the UK.  For many years waiting lists for psychotherapy have been very long, and GPs have had no option other than prescribing antidepressants for their patients.

Advised by Lord Richard Layard, an economist and ‘happiness’ expert, an army of therapists all over the UK have been recruited and trained to deliver a form of psychotherapy called CBT (Cognitive Behavioural Therapy).  In some parts of the country waiting times for this form of psychotherapy have improved dramatically.

Antidepressants treat symptoms, not causes. Nobody knows exactly what causes depression and it varies significantly from person to person.  It is very important to differentiate however between depression and mourning.  We all grieve loss, and this is a natural part of being a human being.  Loss can range from death of a loved one, death of a loved pet, loss of a partner, loss of a job – maybe even the loss of a dream.  It is important that people are allowed to grieve their losses without the intervention of medical professionals and medication.  One of the first jobs of a psychotherapist is to try and help the client identify recent loss and help the client complete the natural cycle of mourning that accompanies this.

All too often people who have experienced a loss of this sort will feel a period of low mood. This may well be accompanied by many of the symptoms of depression, and it is hard for a GP with a 10 minute appointment slot to get to the bottom of these things.  If a patient is incorrectly prescribed antidepressants they may well interfere with the grieving cycle and drive underground feelings that would have been better shared and expressed.  This is often best done with a trained psychotherapist.

The process of psychotherapy involves allowing people to feel their conscious and buried feelings, express them and come to terms with them. This can often be made very difficult if a client is taking antidepressants.  The therapist is working to bring the client into connection with their feelings, and the client’s medication is trying to do the opposite – you see the problem.  Often a client’s feelings stem from their past, and in particular their childhood. This is especially the case where a client had parents or close relatives who also suffered from depression.  The best forms of psychotherapy (but unfortunately hard to get on the NHS) are those with a psychodynamic foundation. What this means is that the therapist is trained not just to treat the presenting symptoms but also the underlying causes of depression.  Research has shown this to be the most effective form of therapy for depression as the gains are progressive and last over time, as opposed to CBT where the gains are mostly short-lived.

So what is the role of antidepressants? If you understand the risks and want a shot of Serotonin that may elevate your mood and you’re not interested in addressing the causes then they may be for you.  If you are so severely depressed that you need something to bring you up sufficiently so that you can engage with therapy and the underlying causes, then they are very likely to be for you. But tread carefully. If you hand over the long-term management of your mood to a mind-altering drug the consequences will not be good, and you may lose the ability to manage your own mood. The alcoholics and drug addicts have been self-medicating in much the same way for years…it doesn’t turn out well.


Warning: Use of undefined constant publish - assumed 'publish' (this will throw an Error in a future version of PHP) in /home/customer/www/gurucircus.com/public_html/wp-content/themes/gurucircus/single-articles.php on line 82

Simon had a career as a business entrepreneur before starting to study as a psychotherapist in 2004. He qualified in 2008 and is now a UKCP accredited therapist in private practice. Simon is also a supervising teacher of the Hoffman Process and a facilitator of The Path of Love, the international spiritual transformation process.

If you've got something to say about personal growth, self-discovery or human potential, we'd love to hear from you. Whether you're a seasoned professional or just starting out, we're always looking for great content about what it is to be human.

Connect with our diverse, dynamic community, to share your thoughts and ideas on personal developments and how to improve your quality of life.

Stay up to date

Keep me informed about the latest Guru Circus news.